Since we launched our cheese in 1987, we’ve won many awards including first prize on a number of occasions at the Kerrygold Royal Dublin Society Show in the early 90’s. The prestigious Ballygowan Food Writers Award was presented to Knockanore Cheese in 1998. We also won a Gold Medal in the British Cheese awards in 1996. Knockanore Farmhouse Cheese won two Golds medals and one Silver medal at the International Cheese Competition held in Dublin in 2009 in conjunction with SHOP Expo.

Richie Walsh, Head of Enterprise at Local Enterprise Office Waterford, congratulated Eamonn and his team on enhancing and introducing a traditional product to a new cohort of customers.

“Eamonn has shown great innovation in taking the time-honoured cheddar cheese and creating a range of exciting flavours and fusions. Not content to rest on his laurels, he has been proactive in advancing the business through making improvements to increase productivity and profitability, exploring new export markets, continuing to develop new ranges and educating the public and chefs about the different flavours and textures of artisan cheese.” 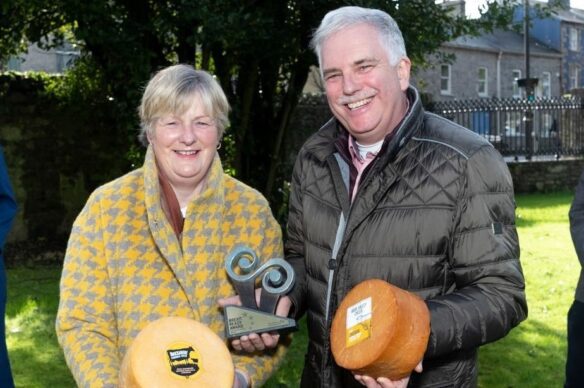